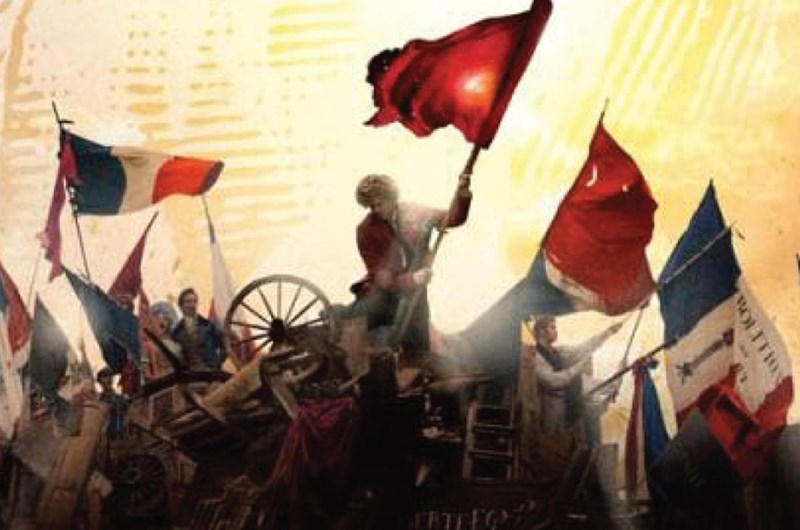 Background: Les Miserables takes place around the June Rebellion and while much of the novel/musical focuses on the individual struggles of Valjean vs Javert and the love story of Cosette and Marius, the main historical plot line of revolution still plays a role. The song, Do You Hear the People Sing?, is arguably the political peak of the play as it sets the stakes for the climactic battle that will soon unfold. The song occurs after the Parisian republican students (who oppose the Orleanist king Louis Philippe) hear of the death of General Lamarque, a noted war hero who also criticized Louis Philippe. They think Lamarque’s death can be a rallying cry that will galvanize the downtrodden citizens of Paris and lead to increased support for their anti-Orleanist movement. Through the song, Enjolras (the rebel leader) and his lieutenants attempt to motivate the rest of the revolutionaries and prepare them for the fight of their lives.

Is the argument persuasive?: This is a difficult question if one separates the lyrics from the feel of the song. The tone of the song is very inspirational and would definitely move me to action, however if we just examine the lyrics, the song’s message become a bit less compelling. The song has 5 sections (2 chorus parts and 3 individual monologues–sung by Enjolras and his two lieutenants). 4 of the 5 are very persuasive as they mainly (and vaguely) discuss fighting to be free and not be a slave under the rule of Philippe. All well and good and persuasive. However the section sung by Feuilly changes up the narrative by more specifically describing what this revolutionary fight entails. Feuilly sings:

“Will you give all you can give /// So that our banner may advance /// Some will fall and some will live /// Will you stand up and take your chance? /// The blood of the martyrs /// Will water the meadows of France!”

Now things are getting serious. Imagine being a student who is disillusioned with the monarchy and maybe you thought your rebellion would consist of clandestine meetings where you criticized the government alongside fellow students. Potentially, you might expand your rebellious efforts to strongly-written editorials or some light vandalism. But now, Enjolras and his lieutenants are asking you to engage in a military battle against a much stronger foe. Plus, Feuilly implies that many in the movement are likely to die and rather than that being a tragic outcome to avoid, it is portrayed as a glorious, desired one. I may simply be jaded and lack the pure heart of a revolutionary, but this call to arms is not persuasive to me in the slightest. If my movement’s goal for me is my death, I would like to pick a different movement. Surely, there are more effective ways to undermine a government then throwing untrained students into a battle versus an actual, competent military. So while I can sympathize with Enjolras’s overall message of resisting Orleanist tyranny, I am not persuaded by the specific of how he wants to revolt and I would personally prefer to resist in a different way. In the musical, Do You Hear the People Sing? does actually inspire the students and they all fight against Philippe, however they also all die (with the exception of Valjean and Marius). Obviously, this is not an ideal outcome and while the students were brave, in the end they probably would have been better served fighting with the pen rather than the sword.

Is is it a good song?: Yes, it is one of the defining songs of Les Mis, up there with “One Day More”, “I Dreamed a Dream”, and “On My Own.” Not only is it just a fun song to listen to while going for a run or playacting around your house, but also it has had a serious impact beyond the play. It has been used in multiple protests movements, including the recent Hong Kong protests. Its combination of a powerful, widely applicable message and a highly recognizable, soaring chorus has helped to make the song a beloved piece of both popular culture and the real world.