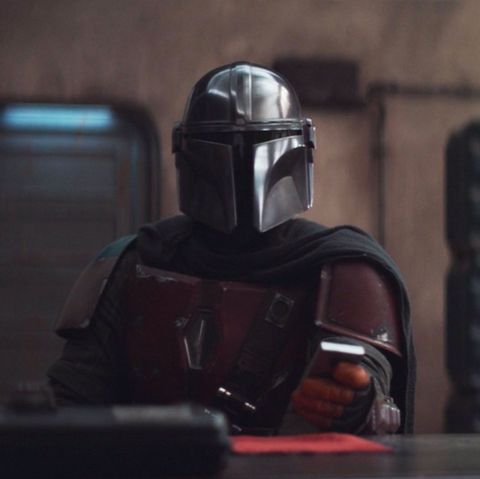 While watching the first two episodes of The Mandalorian (great show so far), I was reminded of one of my favorite Star Wars materials–beskar. Like many other famous sci-fi/fantasy metals (Valyrian steel from GoT or Adamantium from the Marvel Universe), beskar is extremely rare and incredibly durable and strong. So important and valued is the metal, that itt features as a plot point in both Star Wars Rebels and the Knights of the Old Republic universe. So naturally, I tried to think of the closest real-world example we have to beskar. And I ended up on a metal that I don’t think I have ever really thought about before in my life–tungsten. Other metals may be stronger or rarer, but tungsten really does match beskar in a surprising number of ways. So without further ado, let’s get to the breakdown (all info per Wikipedia, Wookiepedia, and my unhealthy level of Star Wars Expanded Universe knowledge):

Tungsten: One of the rarer metals on Earth, found only in a select few countries, with the majority of production and supply coming from only one country (China)

Beskar: One of the rarest materials in the Star Wars galaxy, found only on the planet Mandalore (Mandalorian homeworld) and its moon, Concordia.

Tungsten: Incredibly durable, has the highest boiling and melting point of all discovered elements

Beskar: Widely regarded as the toughest armor in the Star Wars universe as it is able to withstand glancing blows from lightsabers

Tungsten: Used in industrial machinery, cutting tools, electronics, and armor-piercing rounds. Germans used the metal as part of effective anti-tank rounds in WW2. Its alloys are also used in the automotive and space industries and the metal can be formed into many different shapes (such as wires, plates, or rods).

Beskar: Although most famously used in crafting armor, beskar can also be utilized to make weapons (like knives/sabers or blunt weapons), walls, or starship hulls. Also it is flexible enough that when combined with other metals, the resulting alloy can take on myriad different shapes (such as a plate, a wire, a mesh, or a film) and be used in multiple industries.

Tungsten: Classified as a conflict mineral due to unethical mining practices in the Democratic Republic of the Congo. Also tungsten mining (both legal and illegal) has led to excessive pollution in China and a government restriction on supply.

Beskar: Excessive mining of Beskar on Concordia destroyed the moon’s forests. Also, a famed Mandalorian terrorist group secretly mined the Beskar to supply their own violent efforts. The Galactic Empire also eventually enslaved the people of Mandalore and strip-mined the beskar on the planet, damaging the planet and its people in the process.