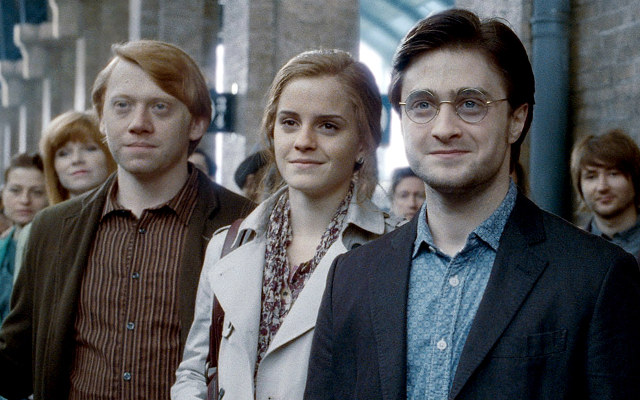 Are we, my fellow witches and wizards, sure this is the right choice? I am sure you all know to what I am referring. Hermione Granger-Weasley has been elected as Minister of Magic and it seems the entire wizarding world rejoices. But should they? This author thinks that celebration premature and that our world may actually take a turn for the worse under Mrs. Granger-Weasley’s leadership.

Take for instance, the election itself. Mrs. Granger-Weasley ran unopposed, and while her press team claims that this situation cements the argument that Mrs. Granger-Weasley is the most worthy candidate, this author believes differently. Other potential candidates were simply too afraid to run against Mrs. Granger-Weasley. They knew her celebrity was far too much to overcome and that they would be embarrassed by the margin they would lose by in this glorified popularity contest. To borrow a historical reference from the Muggle world, nobody wants to be the Walter Mondale to Ronald Reagan in the 1984 U.S. Presidential election. Is this the magical society we want? One that simply rewards fame? So she was a good friend of Mr. Harry Potter. Is that the only requirement we plan to have for our leadership positions? Does this mean that Mr. Neville Longbottom should be our new head of the Department of International Magical Cooperation? Luna Lovegood our new Chief of the Wizengamot? This is a dangerous precedent to set my magical brothers and sisters and one that could prove ruinous to our society if it continues.

But enough of the past, let us look to the future. Mrs. Granger-Weasley plans to fully integrate wizarding society with the wider magical world at large. “Equality!” her supporters triumph, but this author is not swayed by this pathos argument so easily. After taking a full look at Mrs. Granger-Weasley’s Magical Integration Act (MIA), this author has noticed that taxes will be substantially raised on wizarding families, and additional taxes will target pureblood families with house elves! Not only are these taxes discriminatory, but also they are directed towards programs like the House Elf Re-Settlement Fund–in which loyal family house elves will be taken from wizarding homes against their will and given a plot of land of their own–and the Centaur Education Initiative–in which centaurs, yes dangerous, wild centaurs, will be allowed to join classes at Hogwarts free of charge! These programs are just a few of the many Granger-Weasley initiatives which will eventually bankrupt our most historic wizarding families and tear the fabric of our very culture apart.

And if that level of economic mismanagement is not bad enough, Mrs. Granger-Weasley has also shown a willingness in the past to brook no criticism. She certainly does not believe in any sort of freedom of press as this author can attest to firsthand. In her younger days, Mrs. Granger-Weasley trapped this author in Animagus form in a jar to keep her from speaking the truth. One can only imagine what she might do now that she has this new level of authority behind her. I fear for any critics of Mrs. Granger-Weasley and only wish that they and their families may survive her reign unharmed.

But maybe dear reader you still are not convinced and you still waver in your beliefs towards Mrs. Granger-Weasley. To be honest, that is not unexpected, especially with the amount of positive press concerning herself that Mrs. Granger-Weasley has fed to the public. To those of who who still consider Mrs. Granger-Weasley to be a good choice for Minister of Magic, I say only this. Do we really want to trust our society and our future to someone who once dated Viktor Krum, the man who essentially ensured the death of brave Cedric Diggory? How can we possibly trust someone with that kind of judgment? I only hope that our society can learn from this mistake and make better decisions moving forward.