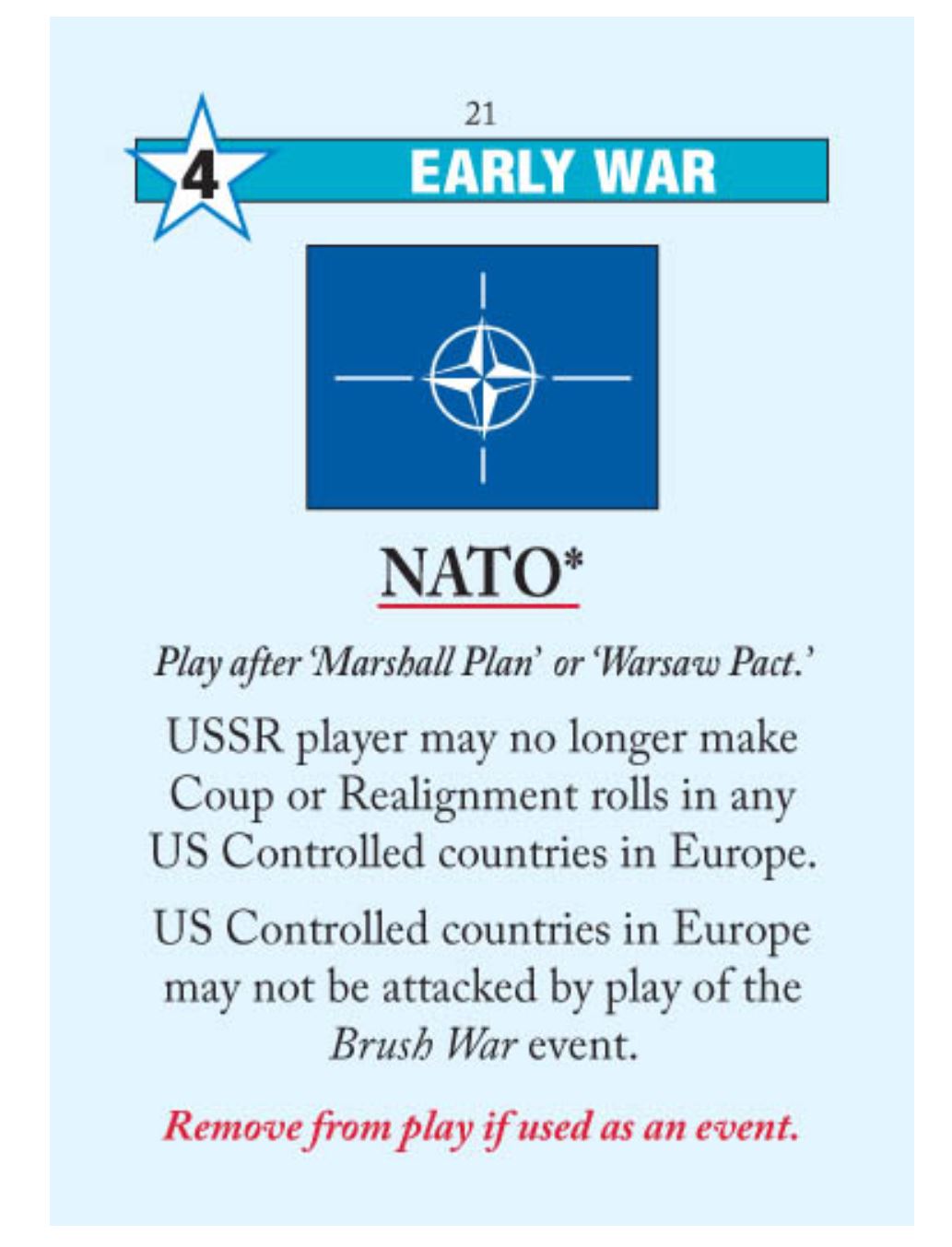 Much of the difficulty in assessing the impact of NATO on the Cold War is that we simply don’t know what would have happened without it. Its purpose was to provide a unified and ideologically similar alliance in Europe as a counter to the Soviet Union’s military presence in Central and Eastern Europe. Might the Soviet Union have been more aggressive in Western Europe if the U.S. hadn’t been involved with these countries through NATO? Certainly possible. And although NATO doesn’t necessarily have the best reputation nowadays, its policy of nuclear deterrence proved effective simply as it allowed history to run its course. The threat of mutually assured destruction kept the USSR at bay and allowed the freer markets and more democratic governments of Western Europe to continue developing while the Soviet Bloc countries started to fail. The oft-used contrast of West Germany (NATO member) and East Germany once again proves effective here as it demonstrates how the NATO safety net enabled the Western European market-based economies to flourish whereas the planned economies were unable to keep pace. So while NATO was certainly not the most important factor in turning the Cold War in the U.S.’s favor, it did engender a situation in which the natural strengths of the U.S. and its Western European allies were encouraged. Thus the actual event earns a middle of the pack rating.

This US card is, frankly, pretty useless as an event for the US. It is a card that the USSR has no problem playing as they get the 4 influence points (top left of card) from it and are basically unaffected by the event. The card event actually does a decent job reflecting the historical reality as the card basically makes it impossible for the USSR to make any sort of high-impact influence move in Europe. This effect mirrors how NATO provided a protective shield over Europe (particularly Western Europe) from Soviet influence and operations during the Cold War. However, the issue with the card is that it is so difficult for the USSR to make any sort of significant play in Western Europe in the first place (due to certain game mechanics like DEFCON level and country stability) that this card’s effect basically mandates a situation that already existed unofficially. Twilight Struggle assumes a relatively untouchable Western Europe before the game even begins. This is not necessarily a poor choice as because it is just a board game and cannot fully replicate the complex political situation of the Cold War, the game must make certain concessions like the starting situation in Western Europe. And also Western Europe might have in fact, been able to fend off any Soviet advances without the help of NATO. But in the end, this concession on the game’s part does render the effect of the NATO event as negligible, meaning that its in-game impact falls far short of its actual historical importance.